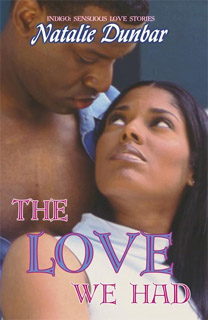 When supermodel, Imani Celeste, runs into her ex-fiancé in a Detroit supermarket, she’s certain that the chubby little charmer in his shopping cart is the product of his relationship with the starlet gossip magazines linked him with when Imani dumped him nearly a year ago. Devastated, she quickly discovers that things are not what they seem and Perry wants her back. Unresolved issues in their relationship and her fear of being hurt again fuel her flight into another relationship while she cares for her terminally ill mother, but she discovers that she cannot run from the love she had with Perry.

Detroit Pistons basketball star, Perry Bonds, has never gotten over the love of his life, Imani, or the fact that he let her drive him away during a crisis in their relationship. Capitalizing on their chance meeting, he pursues Imani in the fight of his life. When he lands an endorsement contract for TopPro Sportswear and Apparel, and Imani is one of the models being considered for his companion in the ads, he selects her, knowing it will be difficult to work together while she’s engaged to another man. Being with Imani on promotional dates, exotic locales, and through crises in both families serves to underscore the fact that they belong together.